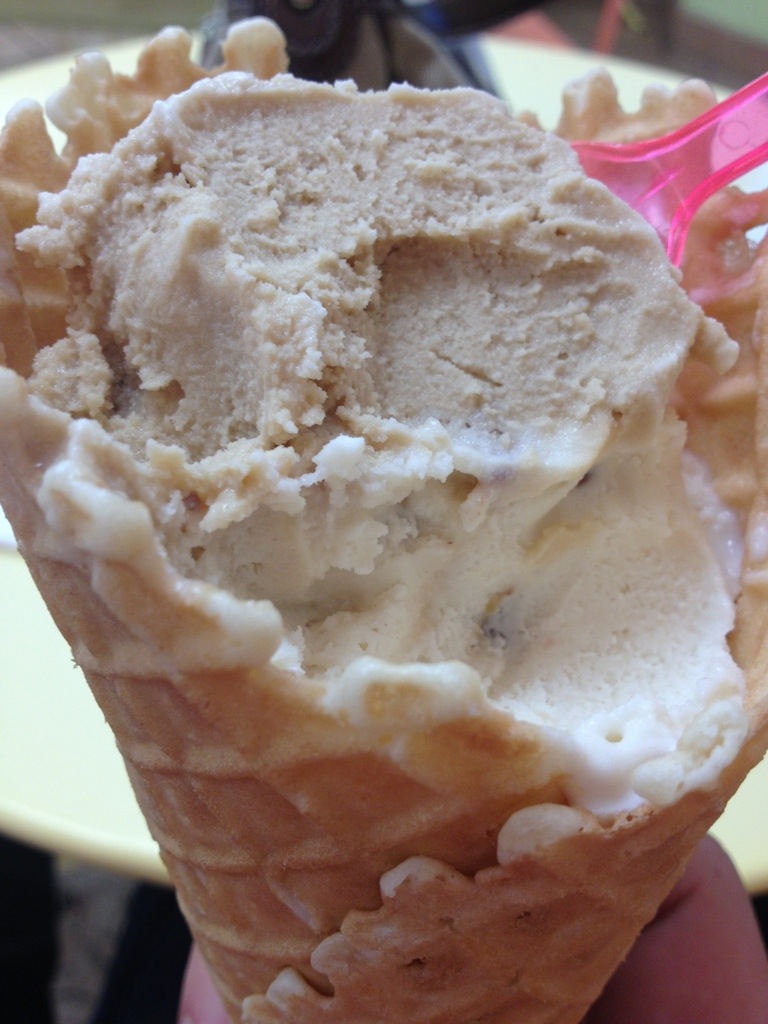 While sitting in traffic waiting to get on the 101 we spotted an ice cream shop, Scoops in Montecito. On entering though, it turned out to be gelatos and sorbets.

I got the espresso gelato, with peanut butter cup gelato in a waffle cone. The scoops were generous, and the flavors good but light. Biggest downside is that they were very icy, and not the rich smooth texture gelato should have. The shop was making fresh cones, and had a chocolate batter version which I haven’t seen before; but I opted for the traditional waffle cone. The cone was slightly sweet, but chewy and could have used more browning. Between the texture and taste, it seemed stale, even though they were clearly making fresh cones. The cones also tasted as if they were made with water rather than dairy, as the flavor was light and missing the butterfat a good cone should have. Scoops had a nice touch of putting a mini marshmallow in the bottom of the cone to prevent drips, but mine was leaking like crazy within a minute or two.

Pearl got coconut and mango sorbets, also in a waffle cone. The coconut was rich and creamy, with loads of coconut flake mixed in. The mango sorbet however was tangy and tasted artificial.

Overall, we wouldn’t recommend it. We probably would have been better off with the shop on Stearns Wharf that was serving Thrifty ice cream and also had fresh-made cones. 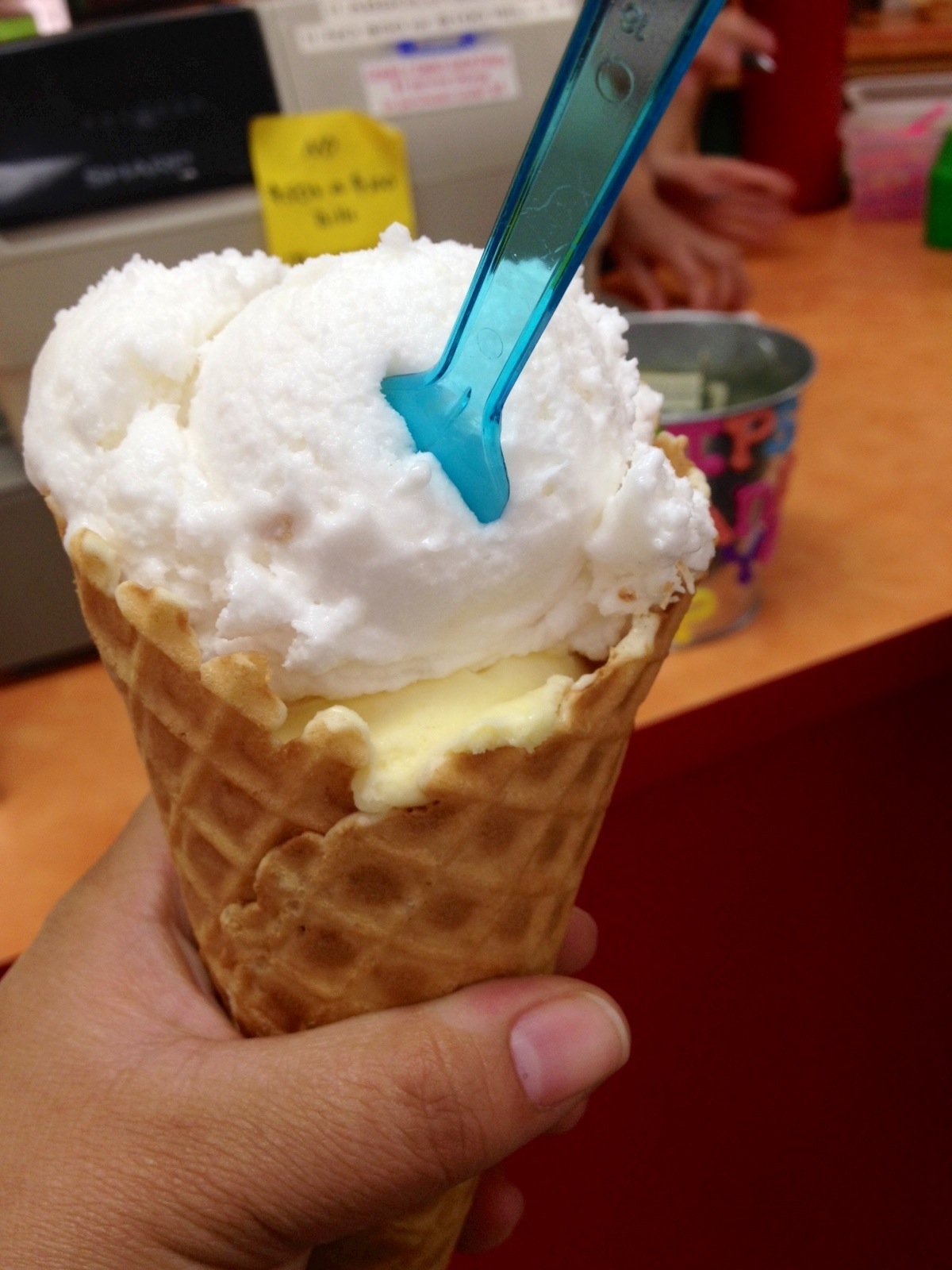