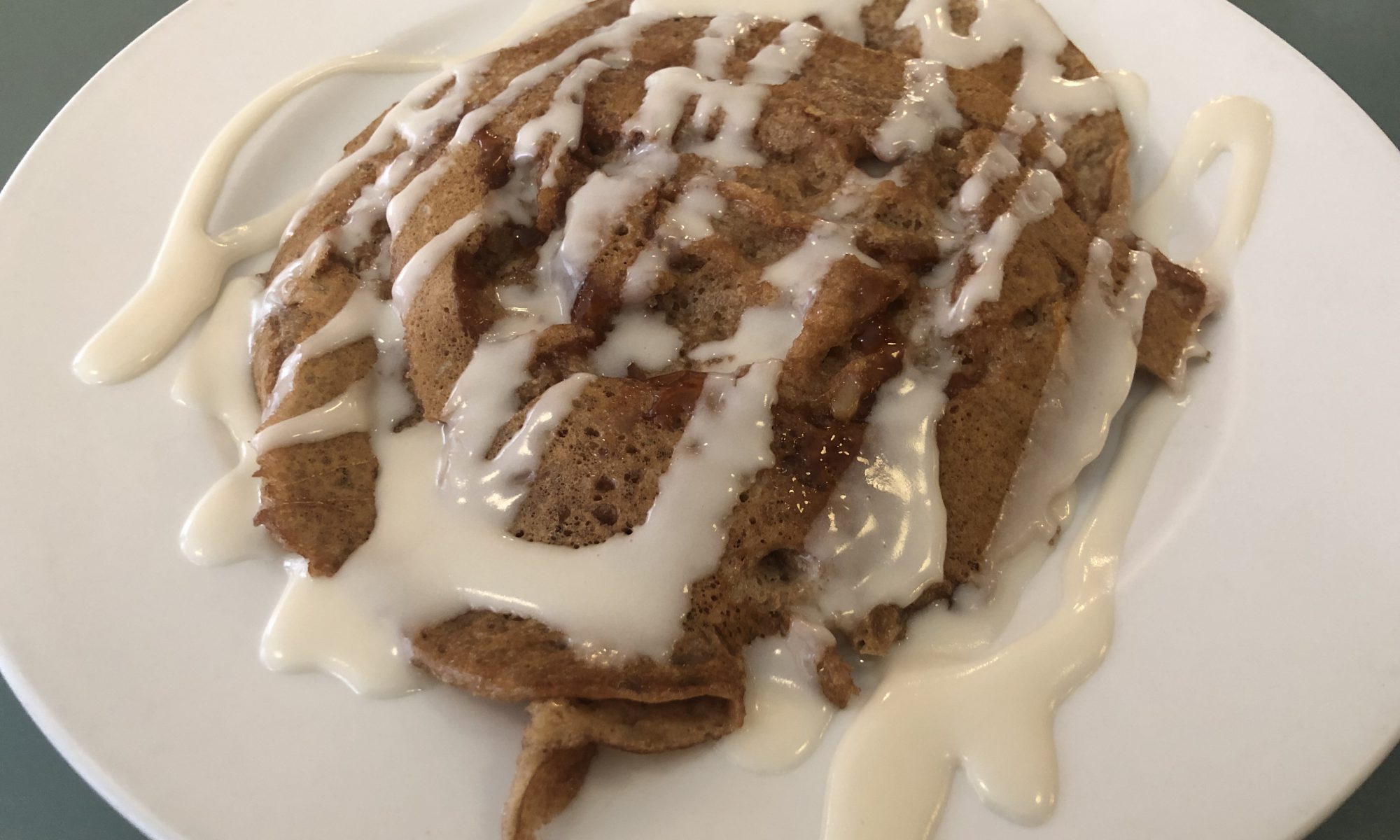 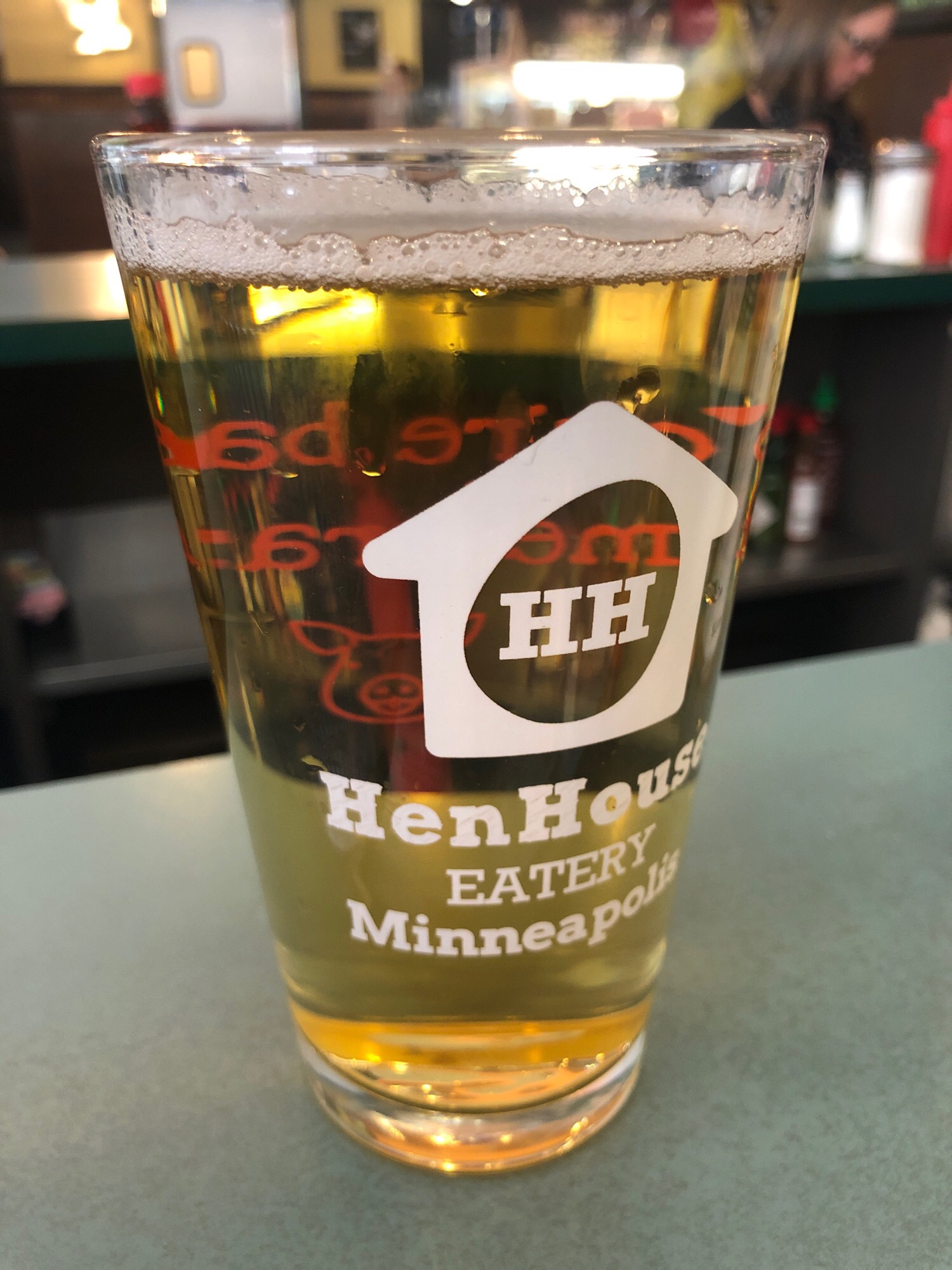 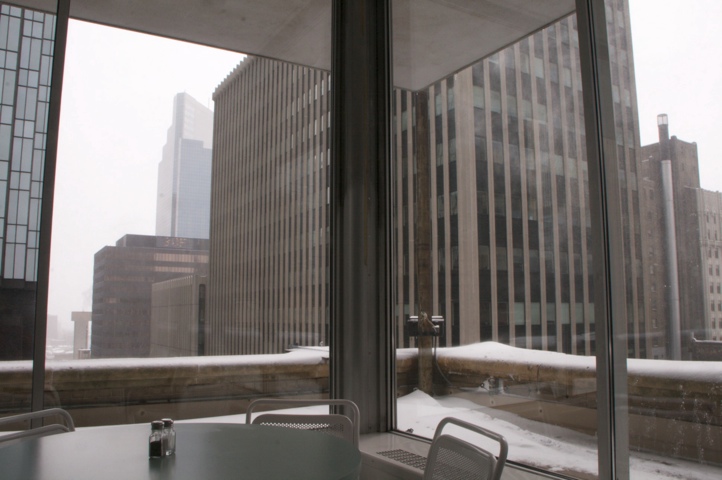 Located on the 12th floor above Macy’s in downtown Minneapolis, the Skyroom is a lunch cafeteria that Richard Myer would be proud of. Curving white walls, white furniture, and even a white piano surround a soup and salad bar, and stations for pasta, burgers, Mexican food, and American deli sandwiches. Of course, being from LA, I passed on the Mexican station and made my way to the deli counter. Top of the list: a smoked turkey with applewood smoked bacon sandwich on cinnamon-raisin bread with cranberry aoli. The bread, pullaway style, cut thick and toasted, was sweet and packed with cinnamon. Unlike many delis, both the bacon and the turkey were rich with smokey flavor. The turkey portion size was a little small, but the ample amount of bacon made up for it. Coupled with a peppery coleslaw and your typical pickle wedge, this made for great way to spend a warm lunch watching the cold snow fall. 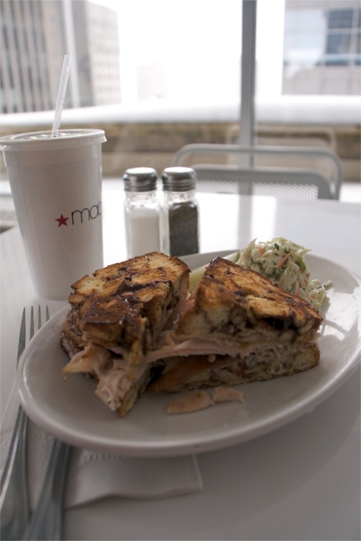