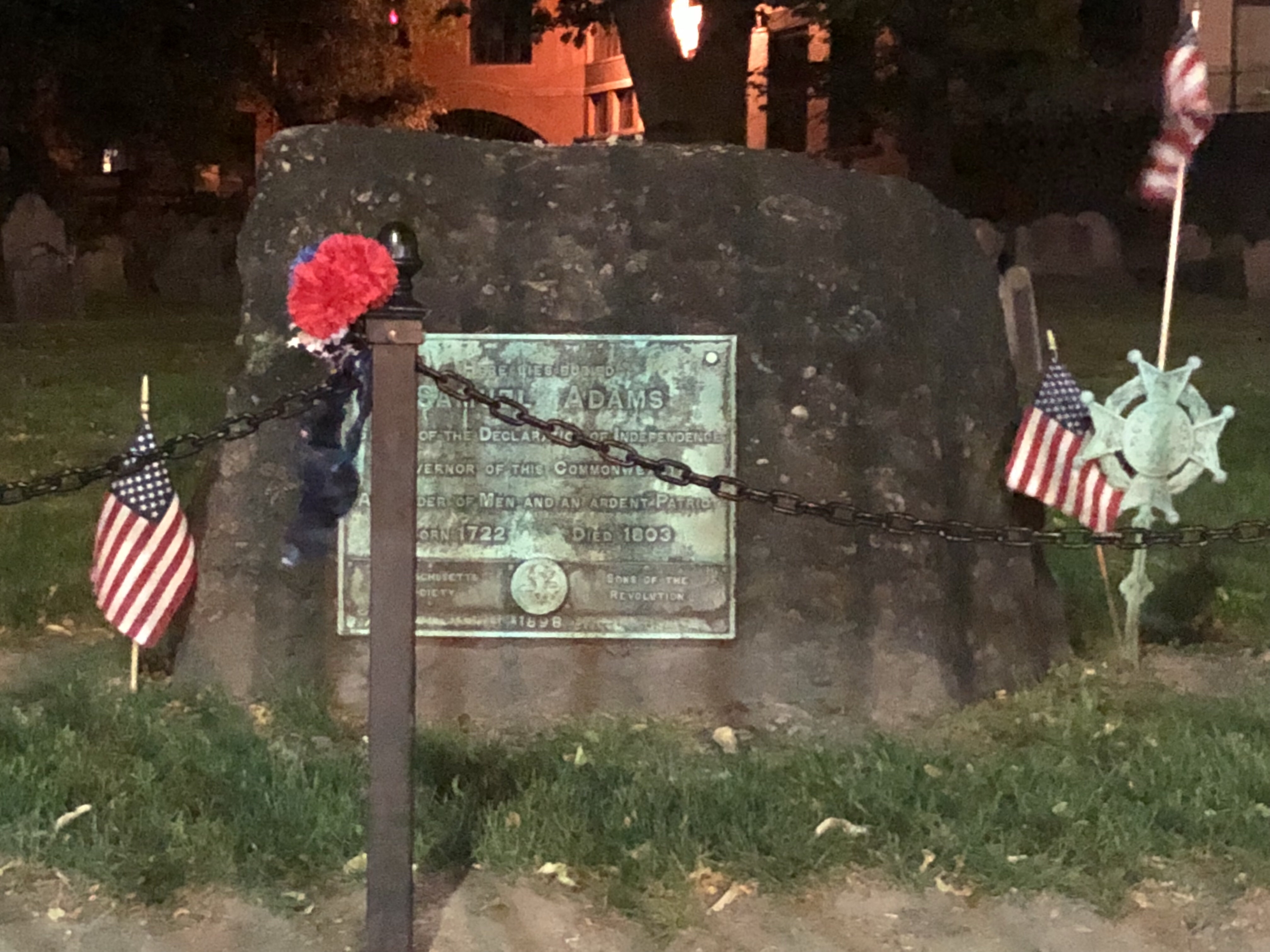 My flight landed at 10:49 and I didn’t get checked into my hotel until 11:30. Knowing I have meetings first thing in the morning, I scrounge around the bars at the north east end of Boston Commons. Of the 3 within spitting distance of my hotel window, the first one with a kitchen still open is Beantown Pub. It’s claim to fame is that it’s the only place in the world where you can drink a Sam Adams while staring at the famed patriot’s grave. 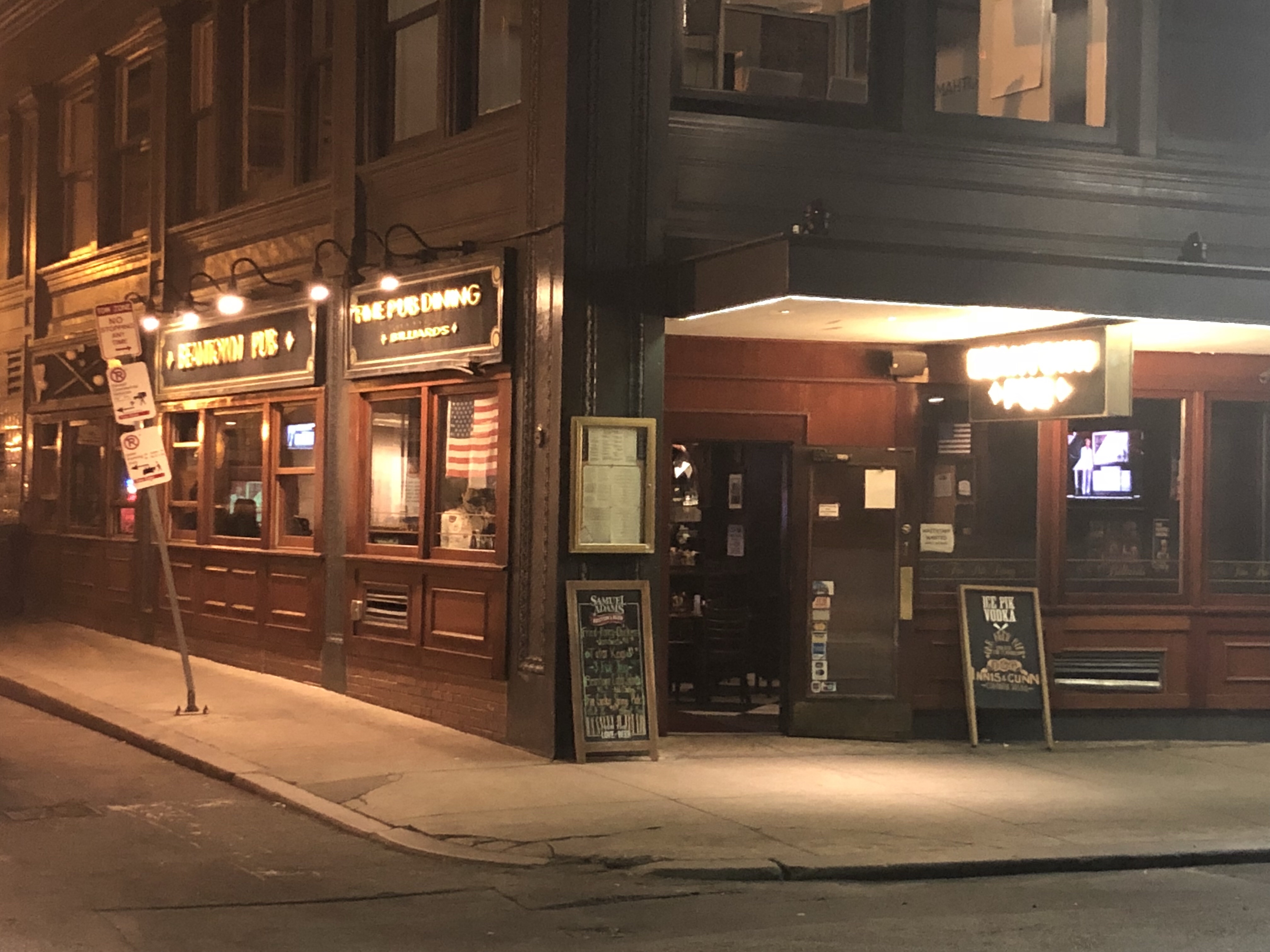 I settle into a chair any a very long bar decked out in typical dark cherry wood. I peruse what’s on tap and am pleasantly surprised to find Yuengling, which of course I immediately order a pint while reading the menu. 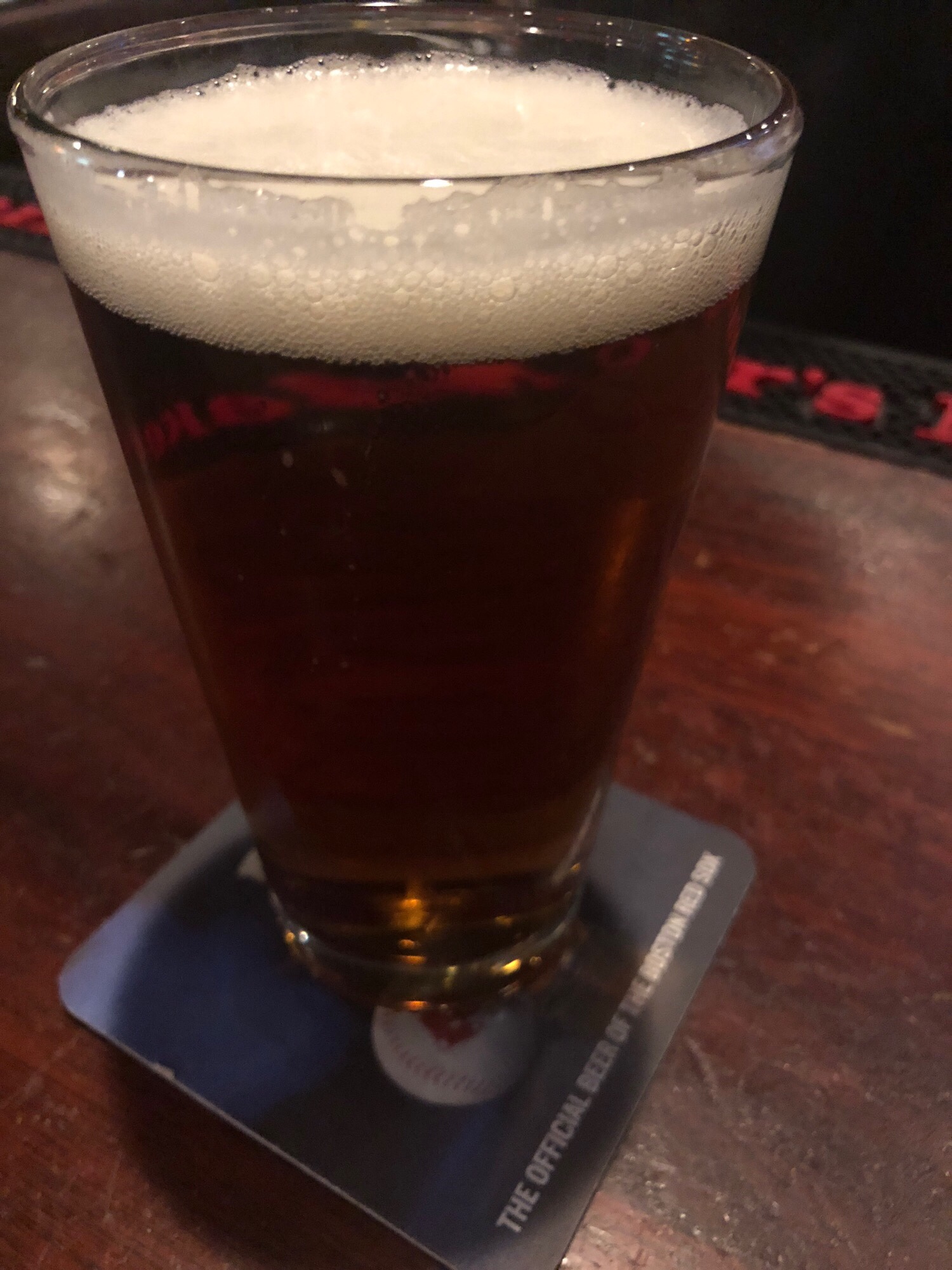 The menu is typical pub fare, wings, burgers, etc. Though there’s a standout with lobster and a plethora of sandwiches named after local historical figures. 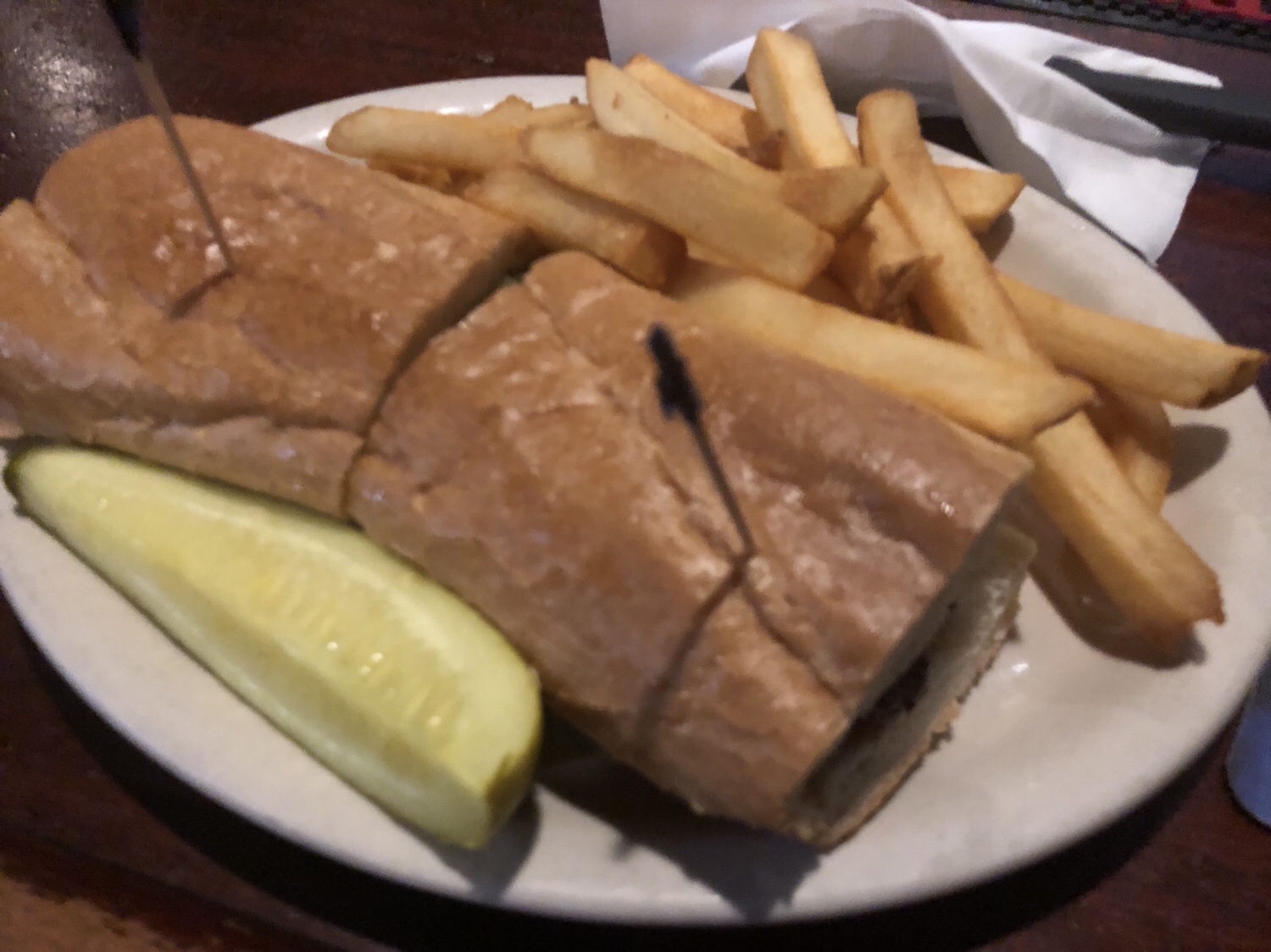 I eyeball the “Mother Goose” a nicely toasted French roll with marinated grilled steak, sautéed onions and mushrooms, and slathered with melted cheese. The steak is perfectly grilled, tender, and full of rich fatty flavor. I’m pretty sure it’s either brisket or skirt steak. This is a great sandwich – what a cheesesteak should be. Paired with the hot fries, a crisp pickle, and another lager, this is a good introduction to a new town. 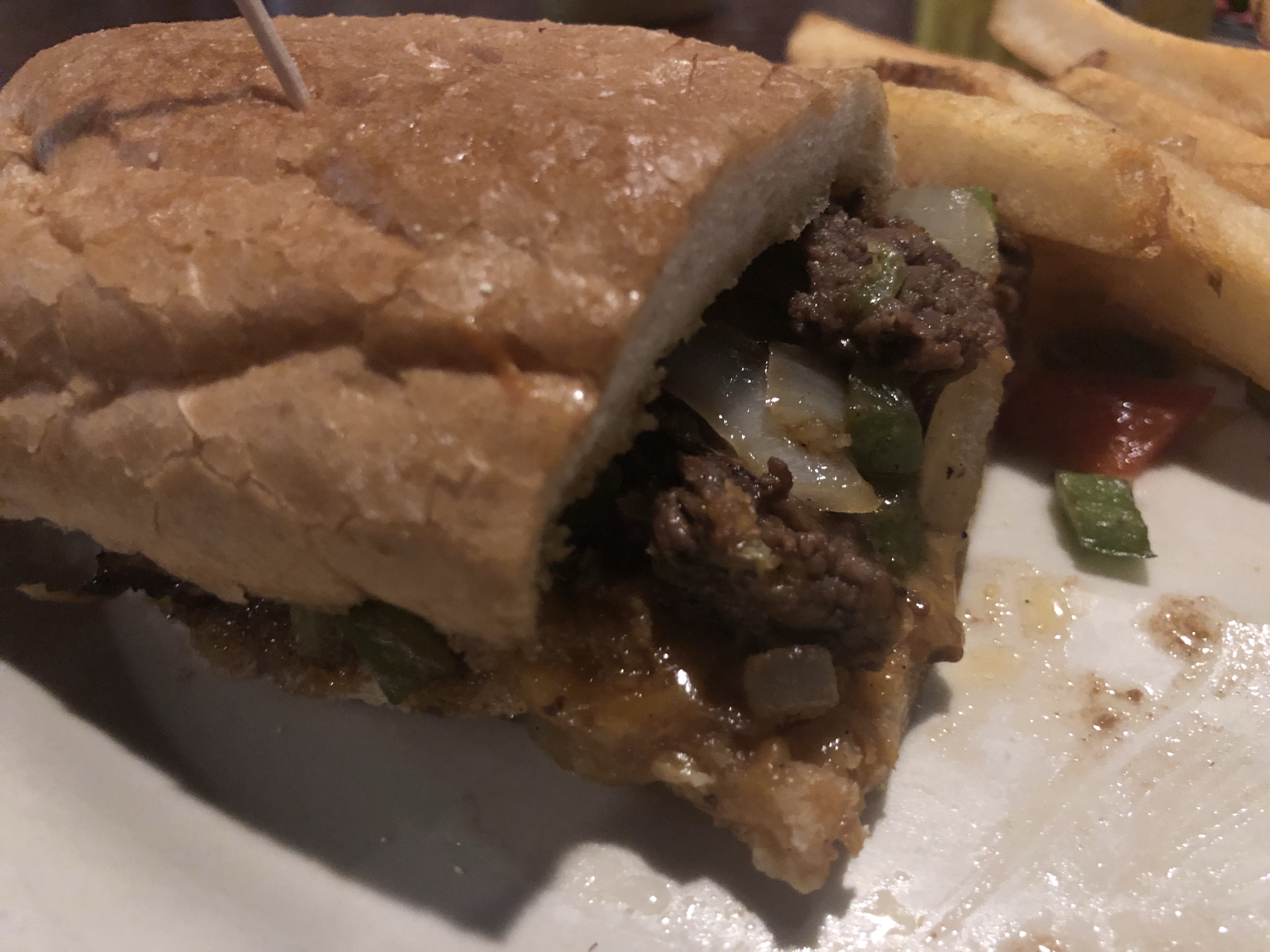 It almost makes up for overhearing the local explain that he quit Facebook so that he wouldn’t cheat on his wife with his exes. 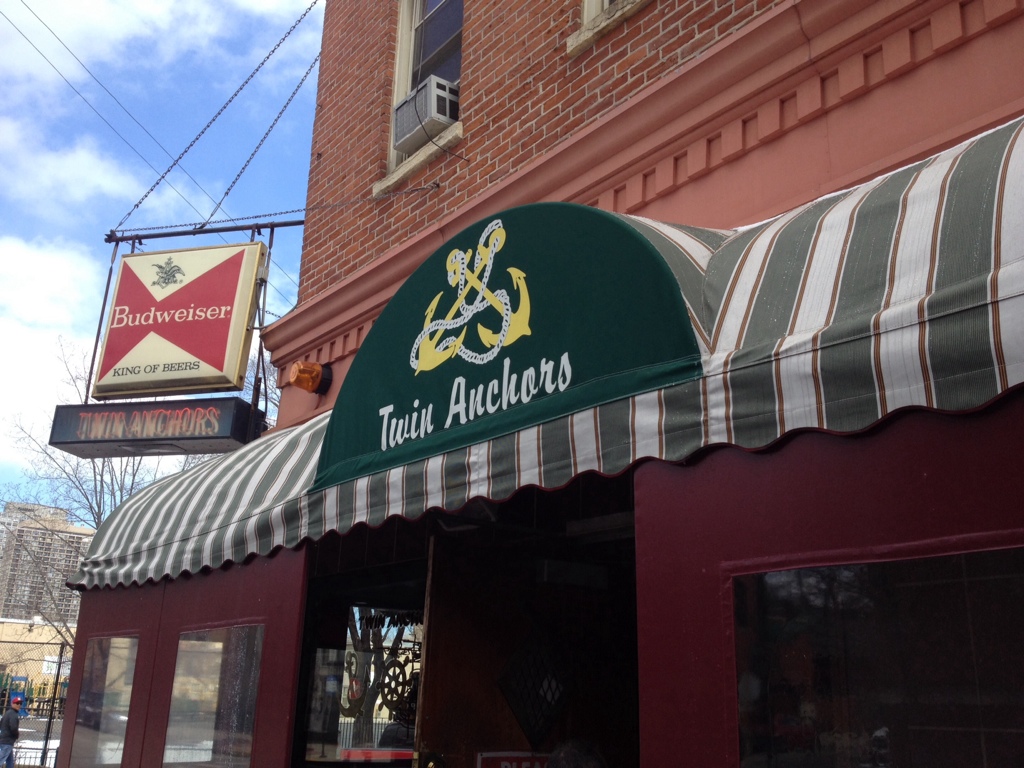 Twin Anchors Tavern is a small dive on Chicago’s north side and a huge part if Chicago history. A favorite of Frank Sinatra, this tiny bar has a great beer list and is famous for their ribs. We started our tavern tour here, and grabbed lunch while we waited on a coldly snowy Chicago morning.
. 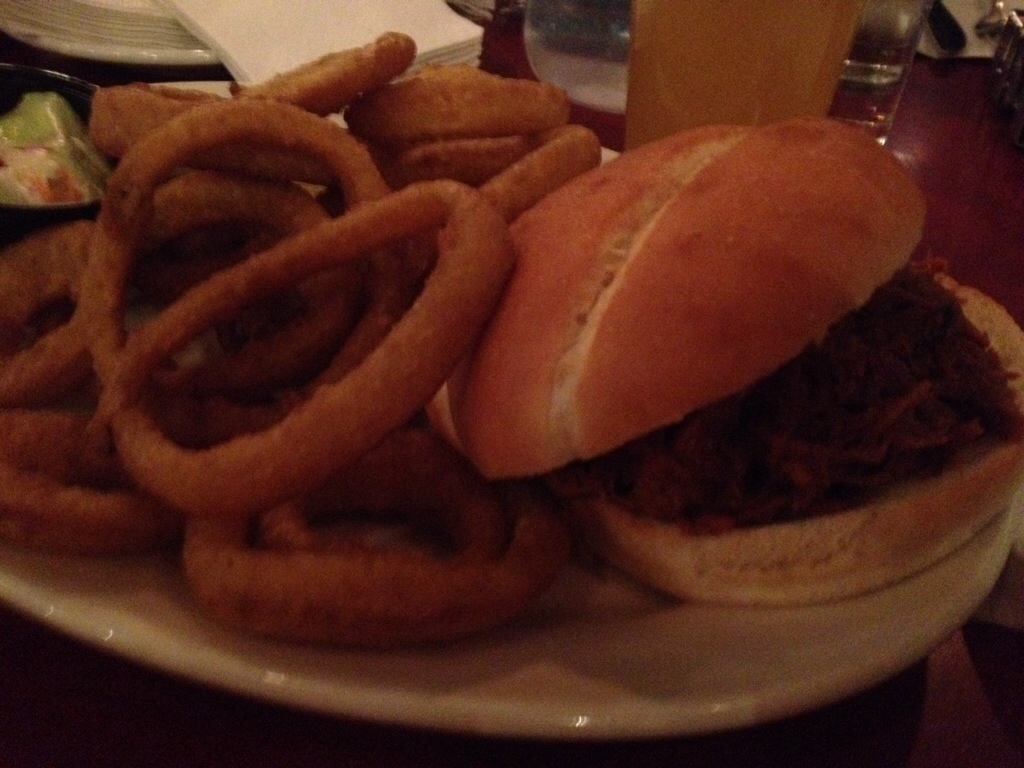 The pork is tender, juicy, with some great smokey flavor. The barbecue sauce is tangy, sweet, almost picklish and light on the molasses. Great way to warm up! 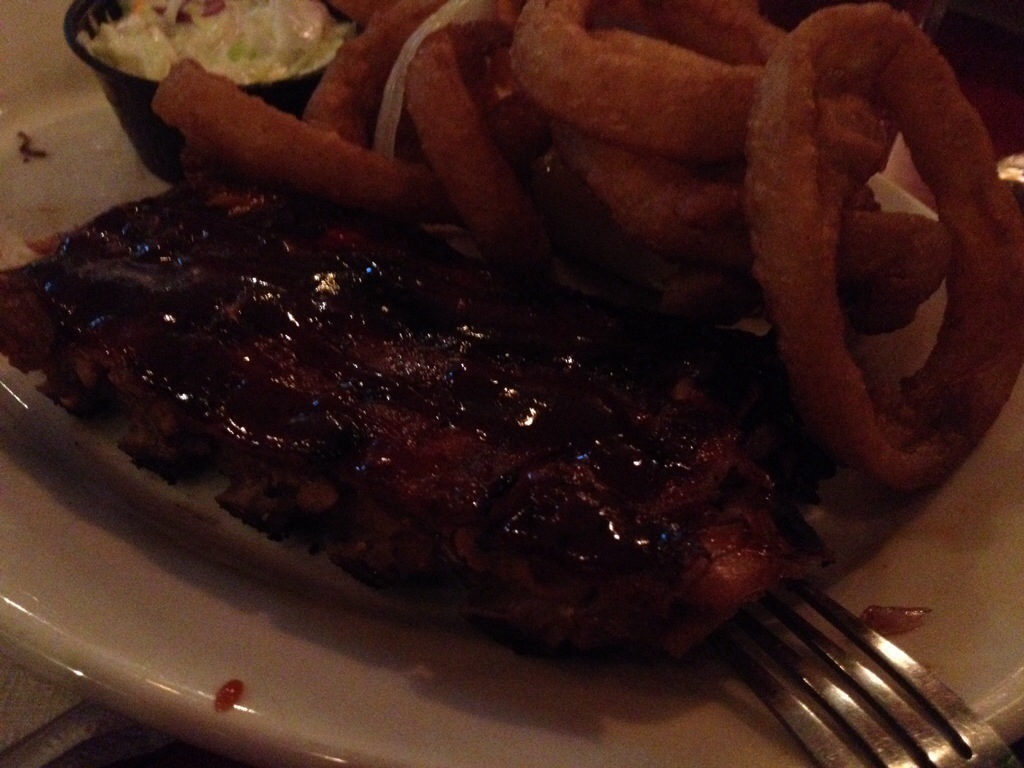 The ribs are worthy of the reputation. Great bark with lots of flavor and char. Tender fall of the bone, I can see why Frank enjoyed them so much. The spicy sauce with ghost peppers adds a lot of sweet heat that sneaks up on you, but doesn’t mask the great flavor of the ribs.

Both dishes were great, but the ribs really stand out and are worth coming back for. 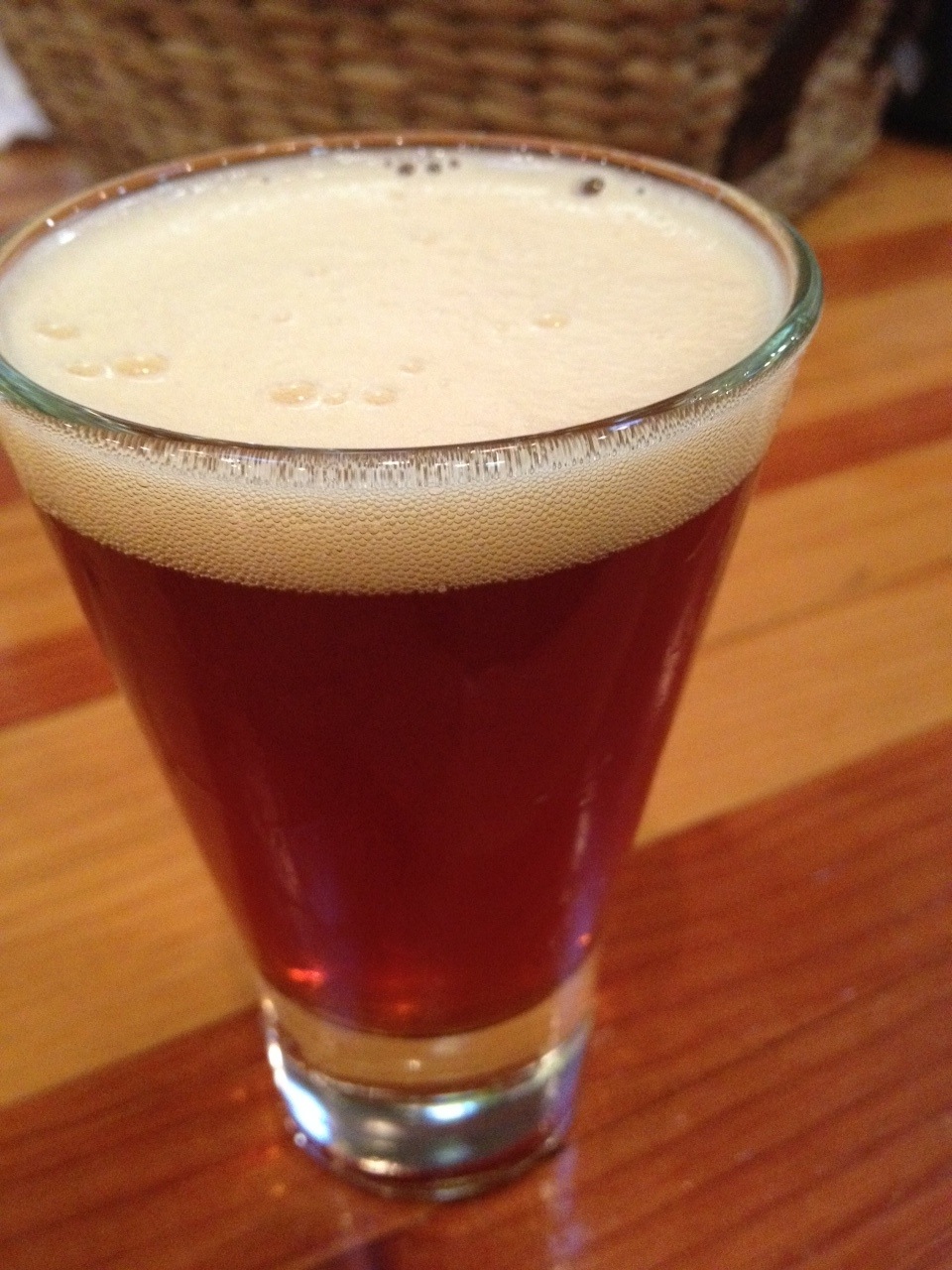 Our last stop of the day was Green Flash Brewing Company. By this point I was getting tired of beer, especially the west-coast extra-hoppy types. But we endeavored on, trying two more beers, even though they had about 20 available for tasting.

I went for the Barleywine, as I’ve never actually seen one on in the bottle, let alone on tap. At 10.7% ABV, I was expecting something very different than what arrived in my glass. Light, but rich in complex flavors, this had the texture of a lager, but not the crispness. Honestly I was expecting more fruit flavors and depth, but I mostly didn’t enjoy this because it was extremely hoppy.

The other beer we tasted was their Trippel. Again, expectations didn’t match experience, but this time the result was much more enjoyable, as my wife had asked for their least-hoppy offering. This had all the wonderful smoothness and flavor of a good Belgian, but light in tone and color made for a nice way to top off the end of a long day bussing around San Diego County with no food.

Starting with an amber. Light, nowhere near as hoppy as most west coast ambers, and a light spice / pear aftertaste. 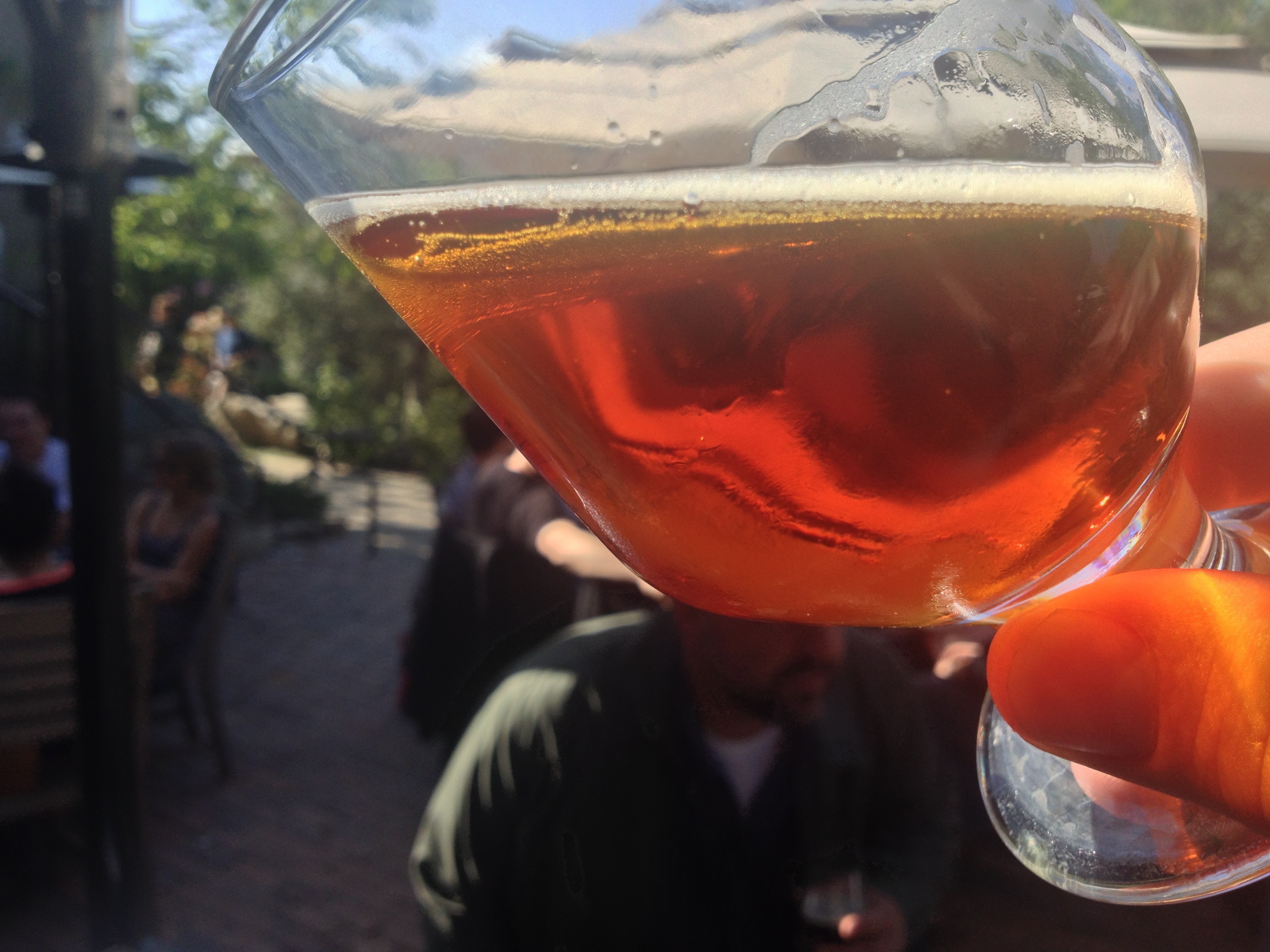 Next a nut brown, lots of espresso, hints of peach and nuts, and lots of smoked bacon aroma. 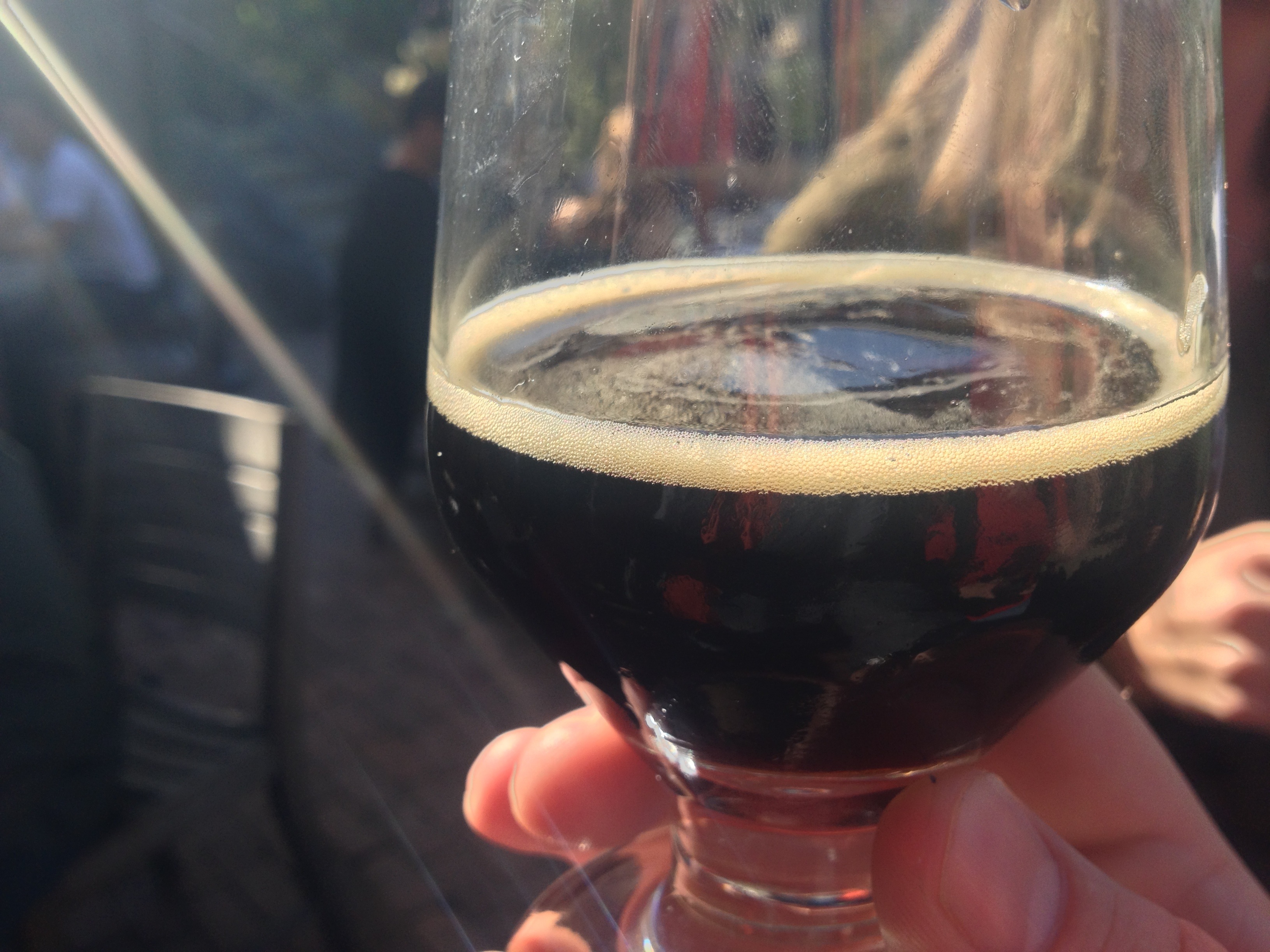 Next, a golden IPA. Smell the hops! Very strong floral flavors and not as bitter as most IPAs. An easy drink when your planning to have more than one. 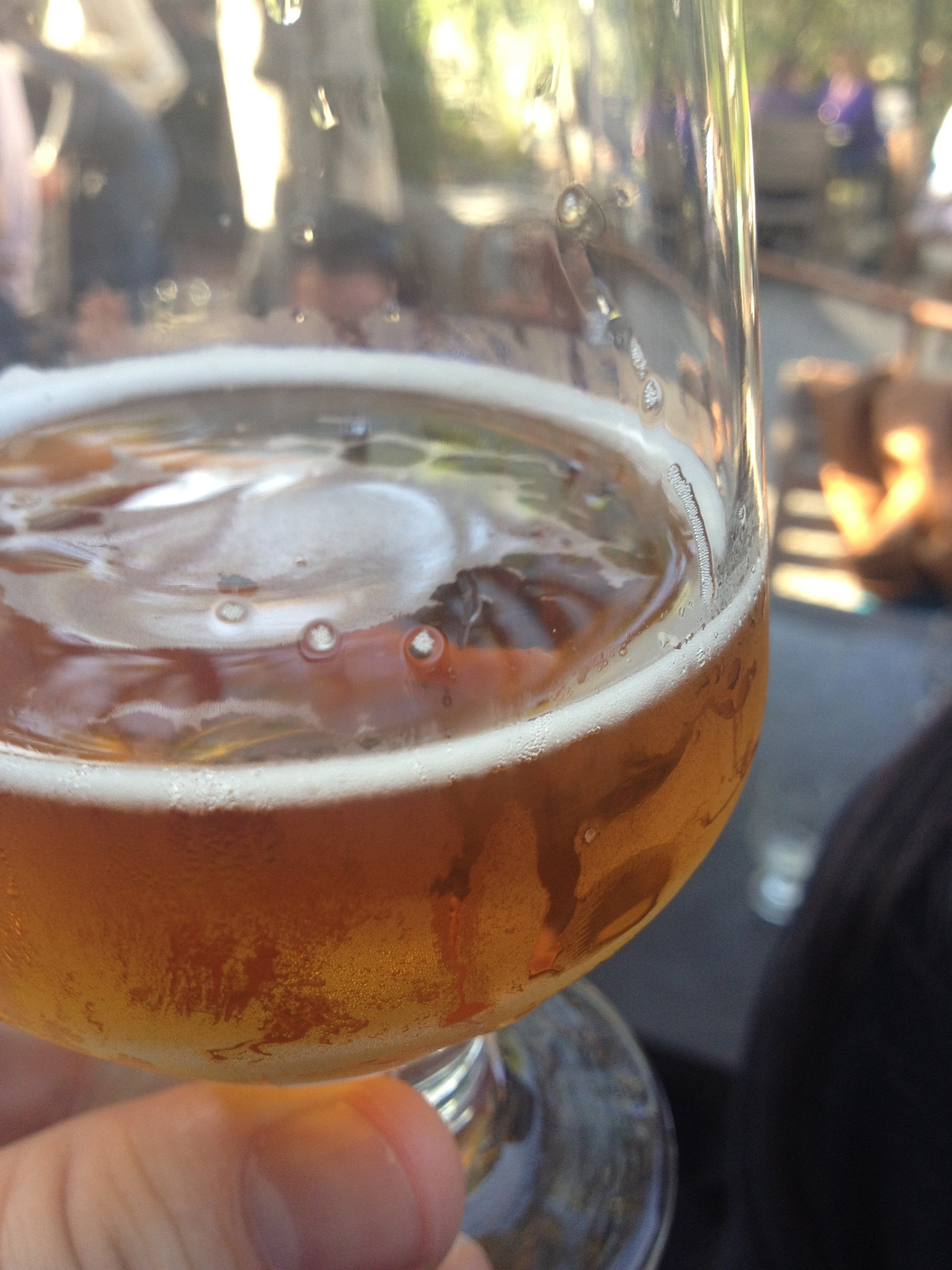 Following this is the Arrogant Bastard. A hoppy amber that I don’t think is worth writing home about. 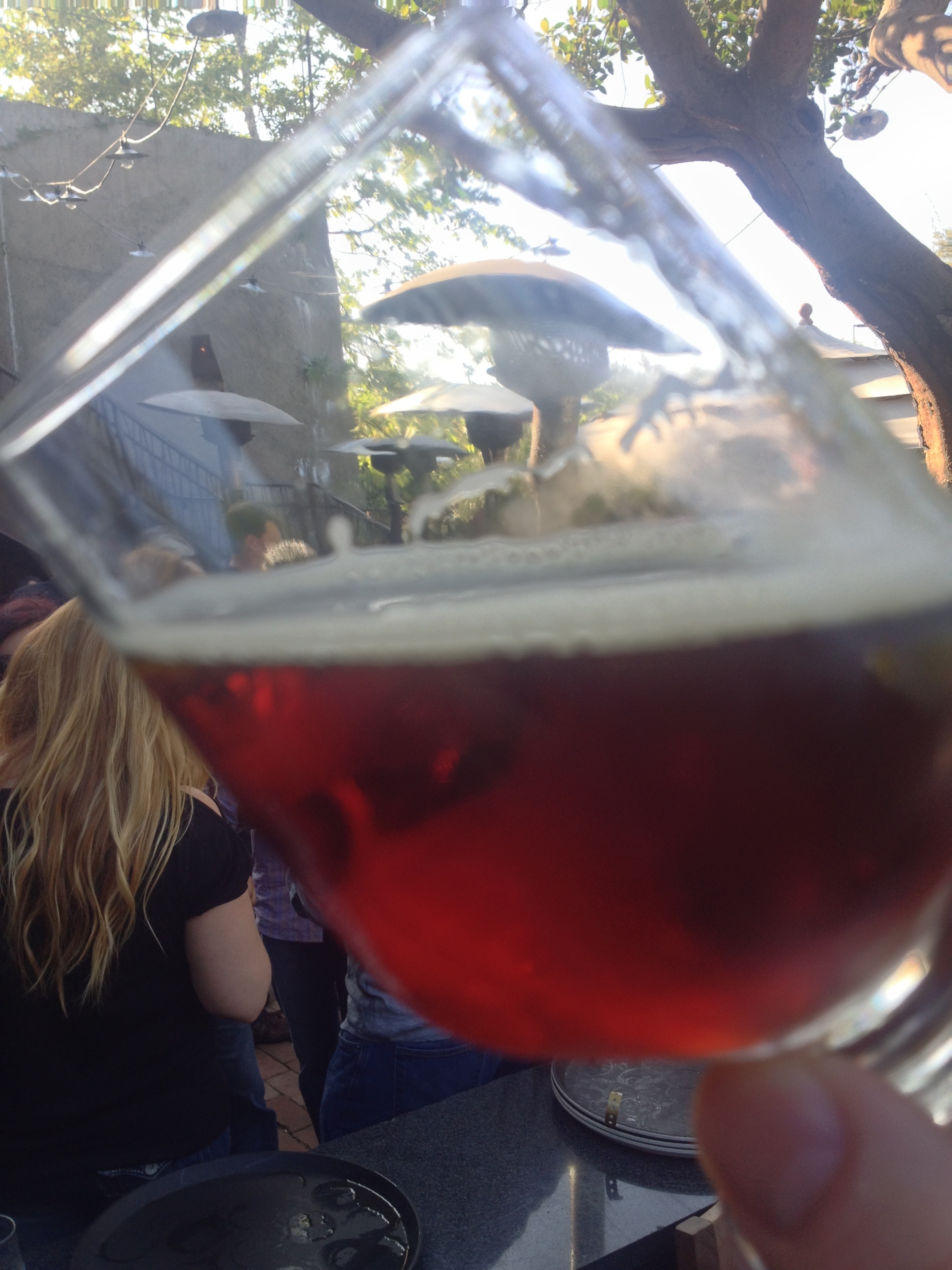 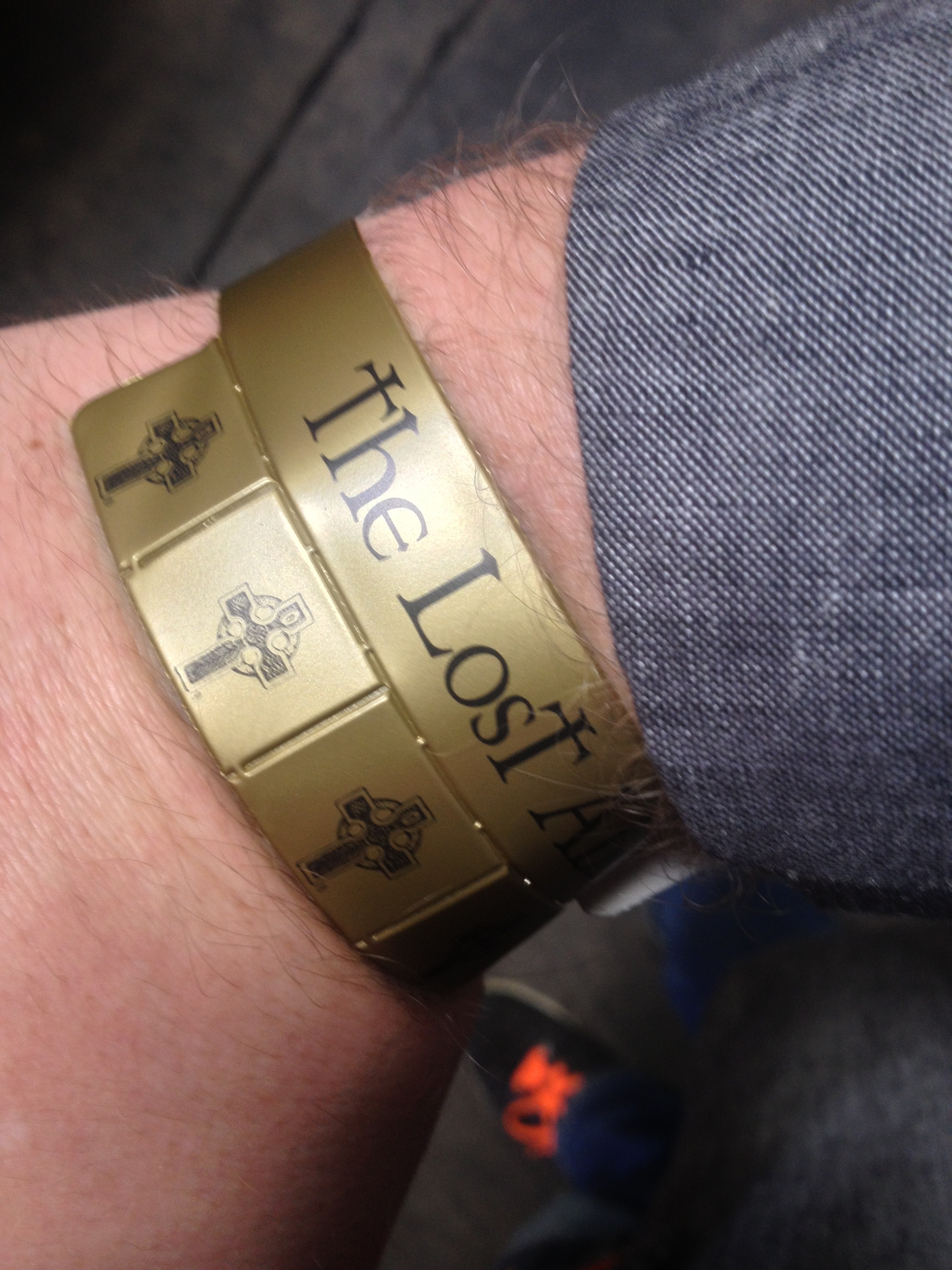 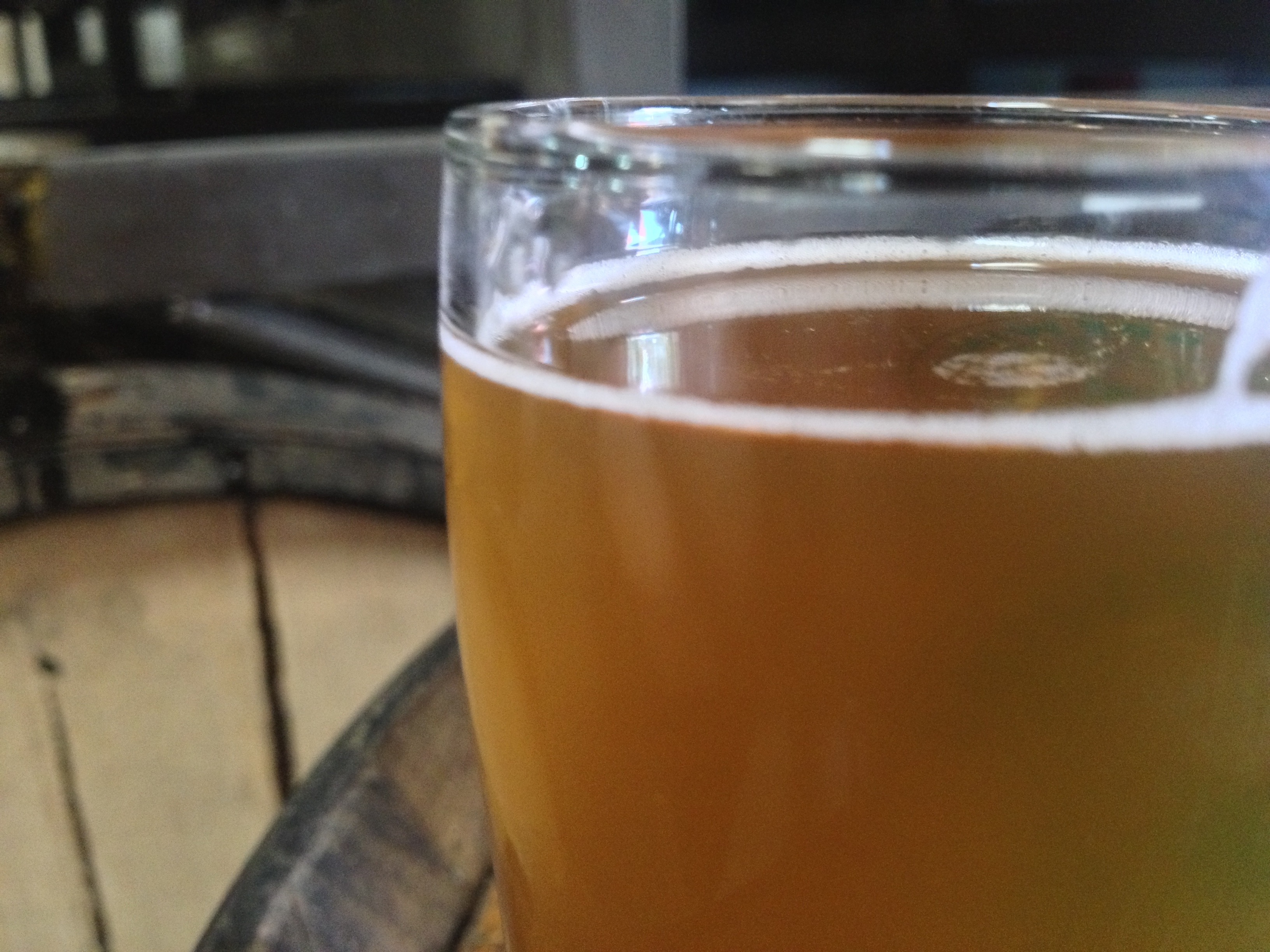 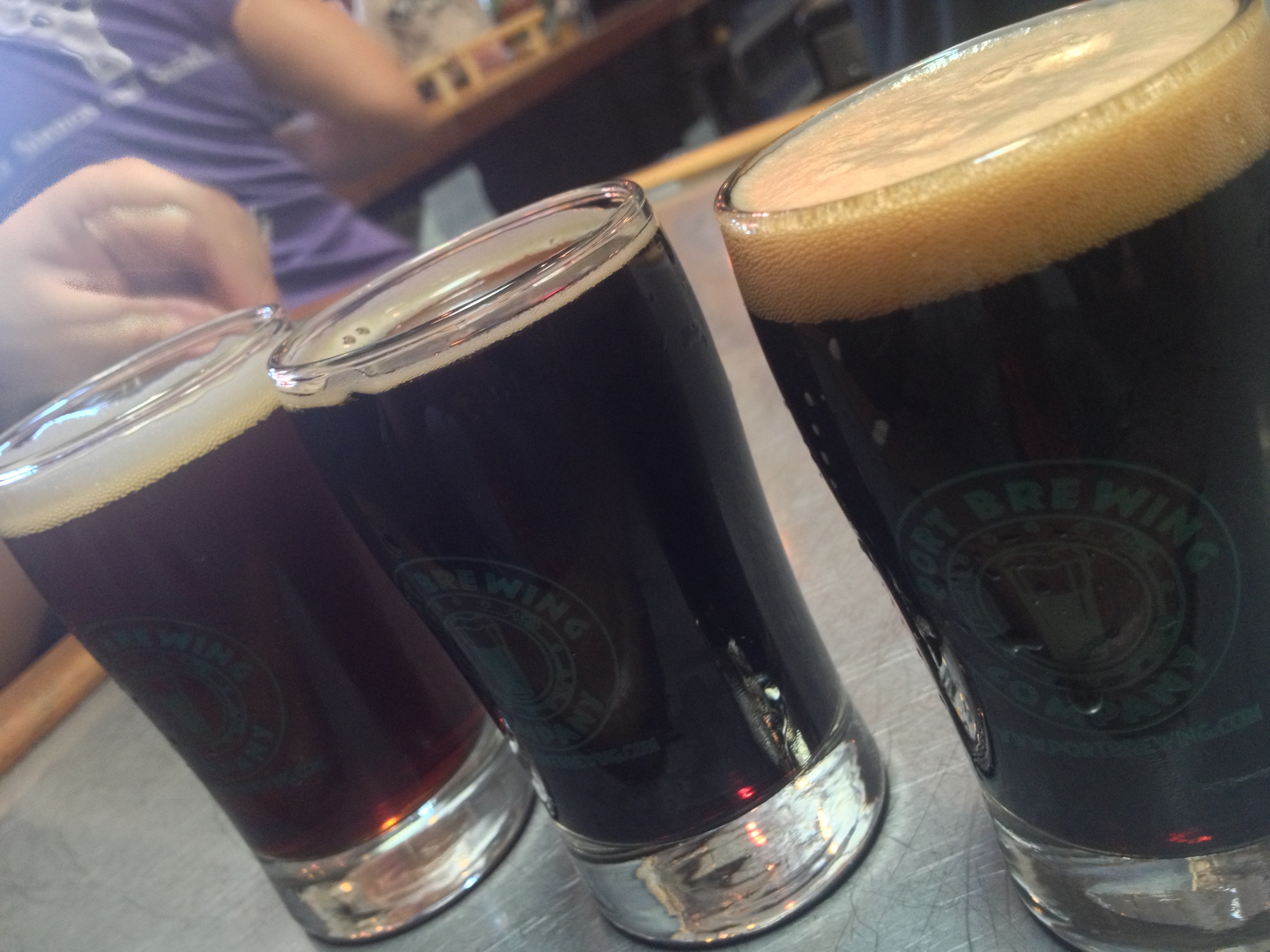 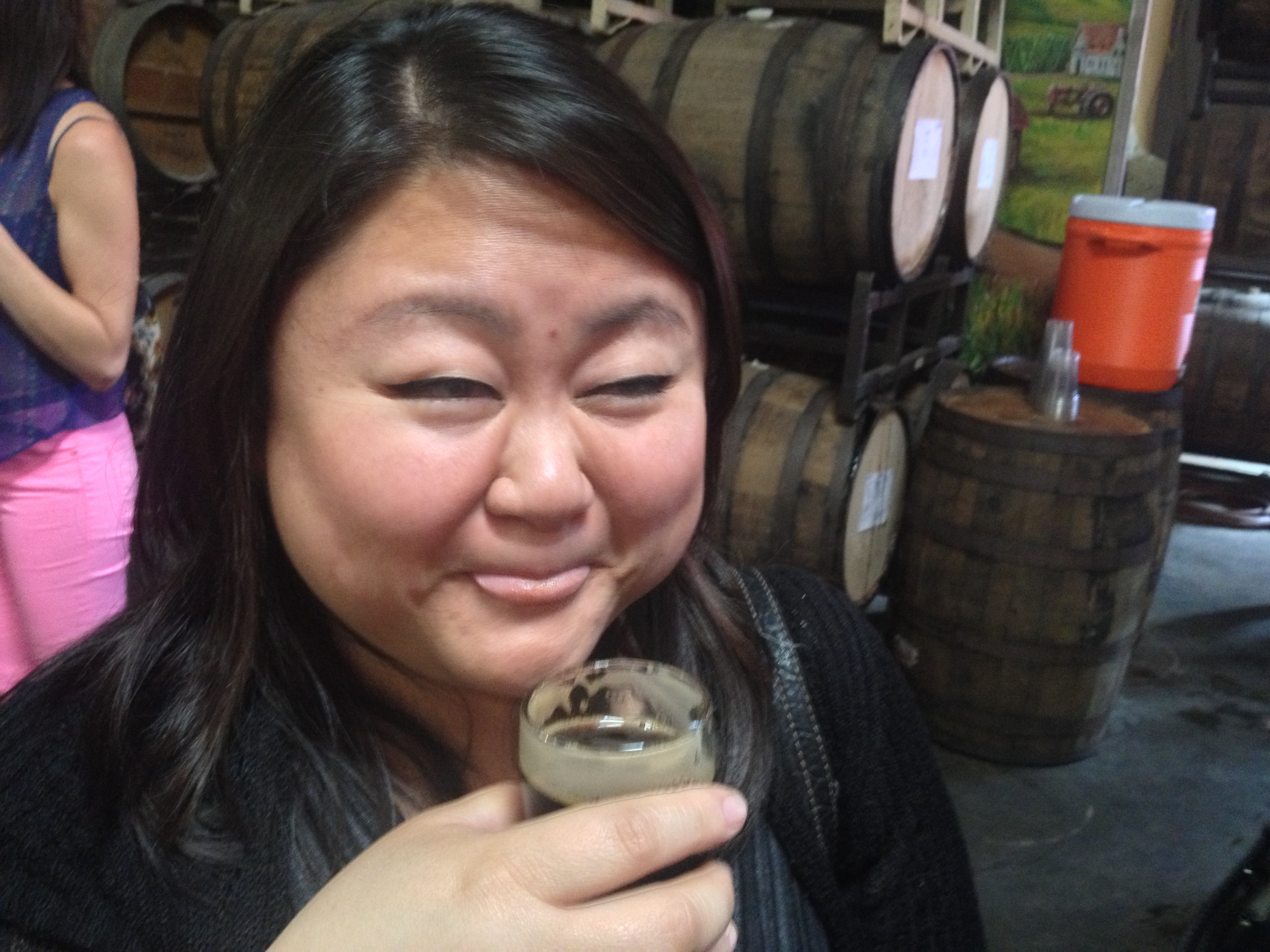 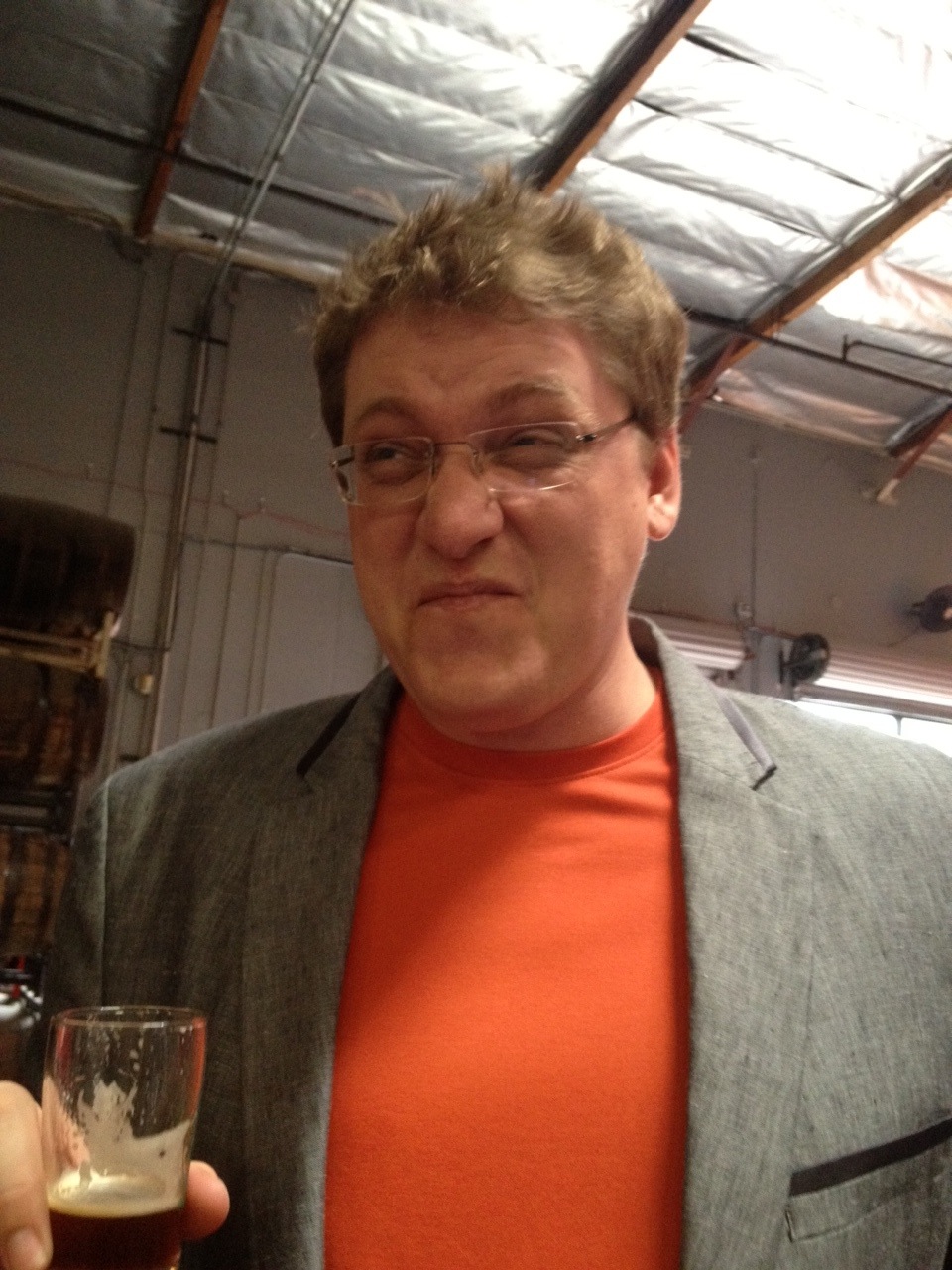